Book travel packages and enjoy your holidays with distinctive experience 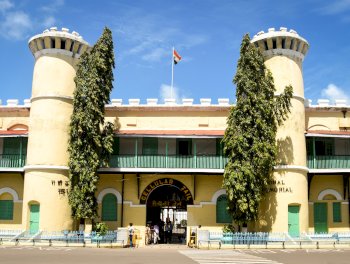 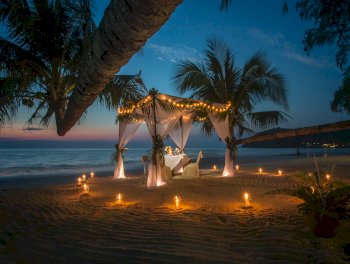 Being an Island surrounded by Sea, the Wind direction plays an important role in the weather of Andaman Islands. And the Islands are susceptible to cyclonic Conditions at least twice in a year, especially in the last week of November and the First Week of December. Hence cancellation of sightseeing trips or the Complete Tour will be dealt in a following Manner.

With the guys from Acquaint Andaman we enjoyed our vacations 100%, affordable prices, professionals, friendly, always on the lookout from our arrival in Port Blair until the last day... Grateful for their attention, 100% recommended 👌🏼

Our family Enjoyed the service and arrangments done by the Acquaint Andaman Team. Will definitely get back to soon for our next trip.

Great Experience. Polite and Friendly Behaviour. Suggested all the Good Experiences before hand and Got Hotels/Arrangements exactly how they explained before booking. Special Thanks to Manish, Irshad and Kuldeep. And Want to Thank Manish Again, Because Why Not?

I’m very happy with the car and the facilitator . They were very professional , soft spoken and helping . They arrived precisely on time both the days we availed their service and comparably the fees for all the services is cheaper . Irshad, Suhas and Manish were super awesome . Thanks guys for making the trip hazzle free and memorable.

Best travel agency they offered better packages based on our budget and their service is great. Also they have arranged candle light dinner that was amazing i’ve shared photo. Acquaint Andaman’s team please expand your service to different countries.

Acquaint Andaman really provides the best service. You can never be late with its services. I am happy that I chose them for my local tour.

With Acquaint Andaman team our trip with baby girl was hassle free…..wonderful experience….it was just because of them we would able to cover all the three major islands…..Acquaint Andamans tailor made trip plans are incredible especially when it comes to stay…..I just loved the resorts…..staffs in their team are so friendly, furthermore they also make sure till the end of the trip is smooth……I would highly recommend to my family and friends for their service…….just give a try rest is a lovable memory

Bring copies of your ID Proofs

carry at least one id proof of everyone travelling along with you.

only Airtel, BSNL works in every tourist place here in andamans, JIO only works in Port Blair as of now.

Since internet is not accessible in most remote tourist locations, carrying cash is recommended.

We are here to help!